So here I am, a vegan on Twitter. Naturally, I follow other vegans. I generally avoid engaging with assholes, but I do see my fellow vegans fending off stupidity. There are some points I’d like to memorialize. The first is from George Monbiot: END_OF_DOCUMENT_TOKEN_TO_BE_REPLACED

Another endorsement has gotten Bernie Sanders in trouble.[1]

In an earlier statement, a Sanders aide said: “The goal of our campaign is to build a multiracial, multi-generational movement large enough to defeat Donald Trump and the powerful special interests whose greed and corruption is the root cause of the outrageous inequality in America.

“Sharing a big tent requires including those who do not share every one of our beliefs, while always making clear that we will never compromise our values.

“The truth is that by standing together in solidarity, we share the values of love and respect that will move us in the direction of a more humane, more equal world.”[2]

END_OF_DOCUMENT_TOKEN_TO_BE_REPLACED

Silly me, I’d just put all the drivers yacking on their phones around Pittsburgh down to the general lack of traffic enforcement. Assuming a bill passed by the Pennsylvania House of Representatives becomes law, it’ll be a secondary offense, still a step behind places like California, due to fears of racist policing.[1]

Minority Whip Jordan Harris, D-Philadelphia, voted for it after speaking about how black drivers could be exposed to racial profiling stops if the language had not been amended to make it a secondary violation. END_OF_DOCUMENT_TOKEN_TO_BE_REPLACED

Update, January 28, 2020: Virginia has now completed its ratification of the Equal Rights Amendment. The question of whether the Constitution is actually amended now remains for the courts.[1]

Update, January 30, 2020: There are now lawsuits both in favor of and opposing ratification.[2]

Update, February 11, 2020: Ruth Bader Ginsburg would like to see the Equal Rights Amendment get a fresh start.[3] With the strong qualification that the lawsuits surrounding the ratification process[4] have not yet reached the Supreme Court, this is likely a death knell for the amendment.[5]

My mother had to send me this. Virginia has nearly (formalities remain) ratified the long-stalled Equal Rights Amendment.[6] Until this morning, this story appeared nowhere in my feeds, even on Twitter, all of which remain obsessed with an utterly and disgracefully bogus impeachment[7] and with a mostly annoying and entirely boring food fight between Elizabeth Warren and Bernie Sanders. Which has to say something almost on par with continued Republican opposition to the amendment, an opposition that continues to draw on arguments that seem positively antique.[8] END_OF_DOCUMENT_TOKEN_TO_BE_REPLACED

In a letter to the editor of the Los Angeles Times, Gary Vogt notes that

While the surviving monarchies are primarily ceremonial, no one can deny that, similar to slavery, most such institutions were originally established and existed for centuries based on the ugly premise that one group of humans had the absolute right to rule over another group of humans. Like slavery, royal dominance was historically maintained by force as every king and queen had their own army.[1]

I’m always rather perplexed to see arguments like this. END_OF_DOCUMENT_TOKEN_TO_BE_REPLACED

This is what we are increasingly trusting our future to:

One of those days, stuck on a ledge between hobgoblins, trolls, and whatever that is swooping down from the sky (Jeff Easley, AD&D Greyhawk Adventures, TSR, 1988) https://t.co/vHUBaOMEEH 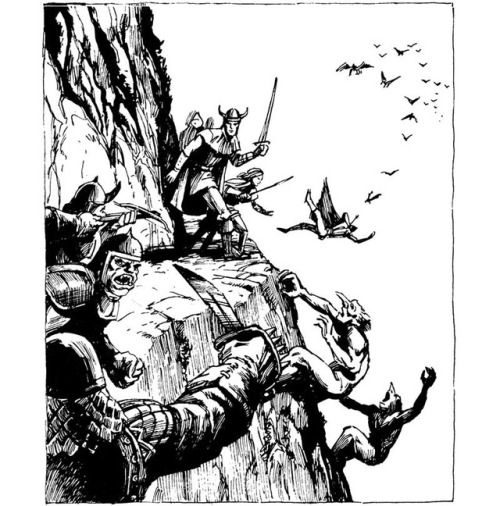 END_OF_DOCUMENT_TOKEN_TO_BE_REPLACED

Update, January 10, 2020: Added citations to the article by Annalisa Merelli. It seems that most Amerikkkans, still believing in the “Amerikkkan Dream,” really don’t care about income inequality.[1] I have also modified some text in my description of exchange systems to recognize that coercion or manipulation may be means of “persuasion.” Coercion can, of course, include slavery or, as Max Weber recognized, the depravations of poverty;[2] and manipulation can, of course, include deceit.

When I look at the United States and its problems, I reduce these to two fundamental issues:

END_OF_DOCUMENT_TOKEN_TO_BE_REPLACED

So apparently Bernie Sanders shared a meme, probably on Facebook (figure 1), that I’ve seen before. It’s a quote from Dwight D. Eisenhower, who served as U.S. president from 1953-1961: 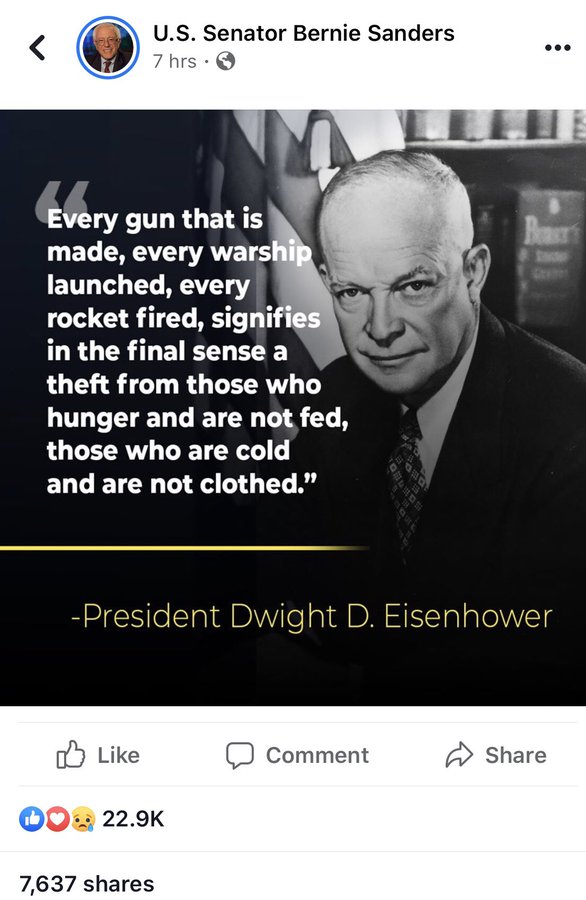 Anyone with one brain cell to rub up against the next knows that, whatever your political predilections, going to war with Iran is a fuck-up beyond belief. This isn’t about the rightness or wrongness of colonial attitudes or of capitalism. It’s not even about the humanity or inhumanity of our actions or intentions. It’s about a delusion heaped upon delusion that we can successfully impose our will.[1] END_OF_DOCUMENT_TOKEN_TO_BE_REPLACED