Update, September 29: My mother replies to the following saying that the whistle blower is in even greater danger than from White House retaliation. Citing multiple sources, she points to Donald Trump’s mob connections.[1] The picture here is of the 1920s all over again, only international, including but not limited to Russian and Ukrainian, in scope and with a likely mobster as president of the United States.

The New York Times is an agent for somebody. That somebody is supposed to be the people.[2] It isn’t.
END_OF_DOCUMENT_TOKEN_TO_BE_REPLACED 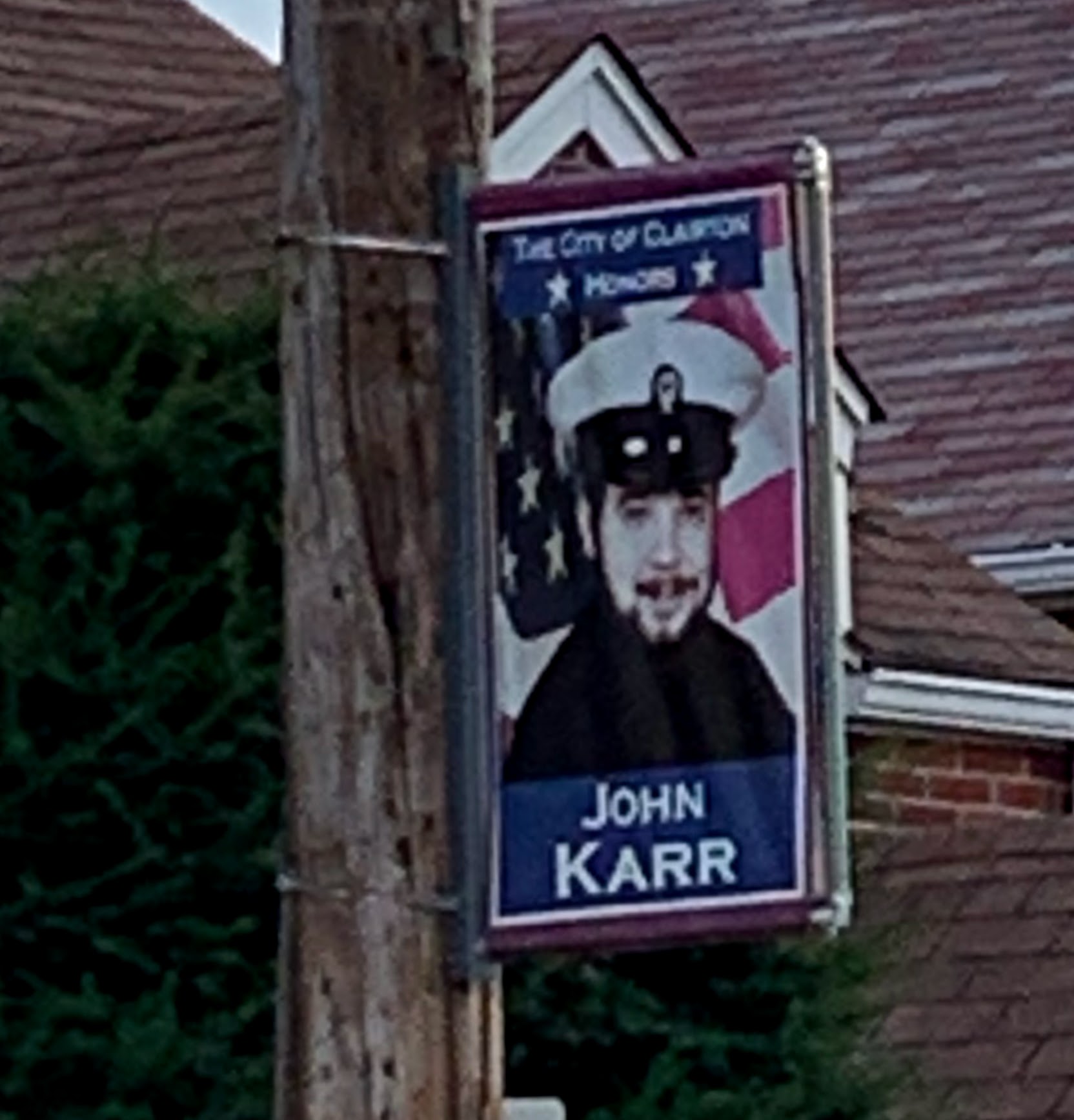 We are now most of the way through September and the banners (example, figure 1) that went up around Memorial Day commemorating—overwhelmingly white, even where many Blacks live—veterans are now mostly, not entirely, down. They have been coming down much more slowly than they went up. And since I arrived in the Pittsburgh, Pennsylvania, area, a little less than five months ago, I have been horrified by the displays of artillery, especially around areas that appear to me to have high proportions of Blacks in the population.
END_OF_DOCUMENT_TOKEN_TO_BE_REPLACED

Update, September 17: This post seems to have gotten damaged, in which the last part of the post seems to have gotten cut off, in the process of being copied from where I had initially written it or in being subsequently edited. In the interim, it appears that Saudi Arabia is corroborating the claim that Iran is behind an attack on its oil facilities.[1] Having needed to repair the post anyway, I wrote a new conclusion.

Yesterday [September 16], I wrote of U.S. accusations that Iran had launched an attack on Saudi oil facilities,[2]

I think Donald Trump is running for re-election and may be seeking a “rally ’round the flag” bump like George W. Bush got with the 9/11 attacks. We see that Trump wants to appear at least as tough as John Bolton,[3] who quit or was fired a few days ago,[4] and has declared that the U.S. is “locked and loaded.”[5] That said, I’m waiting for a refutation of the bit about “the scope and precision of the attacks [coming] from a west-northwest direction.”[6] (The site of the attack, which is also near Kuwait, lies to the west, across the Persian Gulf, from Iran.) It could be that the Iranian government has offered Trump a gift, albeit a gift that may come at considerable cost to its own people.[7]

And indeed, it turns out there’s a problem: “Saudi officials said the U.S. didn’t provide enough proof to conclude that the attack was launched from Iran, indicating the U.S. information wasn’t definitive.”[8] (Update, September 17: Saudi Arabia appears to be corroborating the claim on its own.[9]) END_OF_DOCUMENT_TOKEN_TO_BE_REPLACED

Noam Cohen begins[1] to get to the crux of the issue over California’s AB 5, in which Uber and Lyft would, and apparently will, be required to classify their drivers as employees, not as independent contractors.[2] The companies are attempting to deny that the law even applies to them[3] and, beginning to acknowledge a widespread social recognition of their immorality toward drivers, propose a limited amelioration.[4]

There is a reason that some people call Silicon Valley a font of cruelty. The platform defense seems like an easy justification for turning your eyes away from social destruction. But even more insidious is the trashing of basic, time-tested standards for relationships, whether between news tellers or storytellers and their audience, between hosts and their guests, between employers and their employees.[5]

And of course we understand the motivation: profit. Or, in Uber and Lyft’s case, the minimization of losses in the face of increasing skepticism that the companies can ever be profitable.[6]
END_OF_DOCUMENT_TOKEN_TO_BE_REPLACED

For me, it’s a pretty straight line from gentrification and ludicrously high rents, especially such as to be found pretty much along the entire U.S. west coast, to homelessness. But, we are to believe:

With an issue as complex as homelessness, local governments need all the tools and information available to make informed choices about how to help people, said Theane Evangelis, lead counsel for the City of Boise.

“Right now the Ninth Circuit decision takes that debate off the table and makes it impossible for cities to come up with solutions,” Evangelis said.[1]

END_OF_DOCUMENT_TOKEN_TO_BE_REPLACED

The Queen is due to give her assent today to a bill passed by the Commons and the Lords requiring Boris Johnson to request a delay to Brexit.[1] This is generally understood as a massive defeat for Johnson[2] who has been inanely propelling the country towards a hard Brexit.[3] END_OF_DOCUMENT_TOKEN_TO_BE_REPLACED

When I was a kid, wandering around San Francisco, and old enough to make it to Fisherman’s Wharf on my own, I remember seeing a brass plaque for sale in a souvenir shop. It said something like:

Rules on this Boat

END_OF_DOCUMENT_TOKEN_TO_BE_REPLACED

Gus Duffy is making light of a very scary topic:

Doctor: I have to tell you that as a vegan you’re highly at risk of a stroke.

Doctor: (running his hand up my leg) yeah, everyone will wanna stroke you. You sexy, compassionate vegan.

I guess I should comment on the aforementioned study. Or maybe just let the article I read on the matter do it for me:
END_OF_DOCUMENT_TOKEN_TO_BE_REPLACED

The Lords passed the Brexit delay legislation and the Queen is expected to give her assent. Further, the opposition has agreed to oppose an election until they’re certain Boris Johnson can’t force through a “no deal” Brexit.[1]
END_OF_DOCUMENT_TOKEN_TO_BE_REPLACED

There is an odd overlap between my own childhood in San Francisco and recent events in Hong Kong.

Throughout my childhood, I was relentlessly teased and bullied. This is one of the traumas I endure to this day. But nonetheless, I think mostly in junior high school, sometimes kids would ask to borrow some lunch money. END_OF_DOCUMENT_TOKEN_TO_BE_REPLACED