Shapiro, that class, and indeed, that department at CIIS are heavily into post-modernism; the reading is heavy and dense. But something I gained an appreciation for is a real Jewish social justice tradition. It is a tradition, as taught by Shapiro, from which I learn a concept of justice as something never finally achieved, but a goal never to be abandoned, that justice comes in the striving for justice, not in any confidence that it has been realized, and that any illusion that one has “done justice” is a conclusion that the goal has been missed.

This fine, fine—and I say it again, Jewish—tradition continues at Tikkun magazine and the Network of Spiritual Progressives, led by Rabbi Michael Lerner of the Beyt Tikkun synagogue. They’re not alone; I have encountered other rabbis who clearly share in this tradition, and they all criticize Israel for its treatment of Palestinians. END_OF_DOCUMENT_TOKEN_TO_BE_REPLACED

Cliven Bundy reflects a resentment that helped propel Ronald Reagan to office in 1980. It was called the “Sagebrush Rebellion” then and it was all about the Bureau of Land Management seeking to impose environmental protections and limiting grazing rights. This is what propels claims of federal government overreach and a wistful notion of posse comitatus, in which it is a local sheriff that has jurisdiction, not the federal government, not the Bureau of Land Management, not the federal courts.[1] END_OF_DOCUMENT_TOKEN_TO_BE_REPLACED 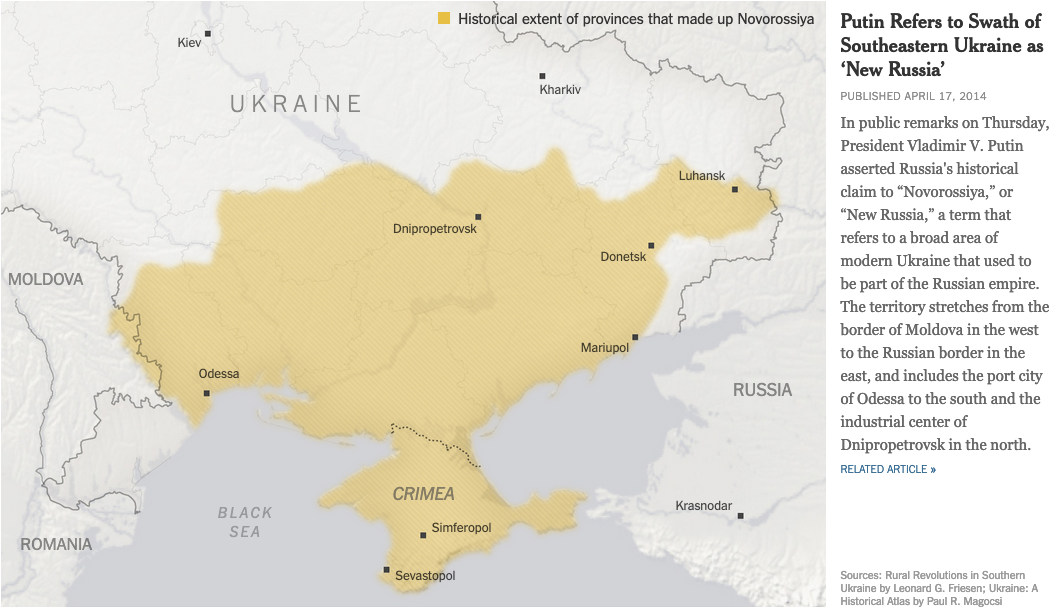 I was critical of Stephen Cohen in a Democracy Now! interview for excusing Russia’s imperialism while criticizing that of the United States and the North Atlantic Treaty Organization (NATO).[1] He has reappeared on the program, continuing to view Ukraine through the old—very old—lens of the Grand Game, a contest between empires for geostrategic position, saying explicity, END_OF_DOCUMENT_TOKEN_TO_BE_REPLACED

I’m thinking a lot about violence lately. Specifically, that violence of the taken-for-granted kind. I’ve been aware, at a theoretical level, of pieces of this for a while.

I first encountered the term vegetarian ecofeminism when writing an essay for my ethics class. In short, vegetarian ecofeminism recognizes that the violence that we human beings do to each other in our hierarchical political and economic relationships is the same as the violence we do to the environment and to non-human animals.[1] All of it is based on a notion, to put it in Kantian terms, that the environment and other sentient beings may be means to an end, and each form of violence inures us to the others with the consequence that we cannot imagine living in any other way than the way we do. END_OF_DOCUMENT_TOKEN_TO_BE_REPLACED

Jonathan Turley is unhappy with the sentence handed down by a judge:

These shaming punishments degrade our legal system and turn judges into little Caesars meting out their own justice to the thrill of the public. We have seen judges force people to cut their hair in their courtroom or clean their court bench with a toothbrush. These sentences make justice a form of public entertainment and allow judges to turn their courtrooms into their own macabre productions.[1]

END_OF_DOCUMENT_TOKEN_TO_BE_REPLACED

Yesterday (Monday), I called bullshit on an attempt to excuse spending increases on college athletics while spending on the principle mission of an educational institution, academics, remained flat or decreased. I warned against a false equivalence between the athletic endeavors and scholarly missions of colleges and universities.[1] Since then, Jordan Weissman, at Slate, posted a chart (figure 1), possibly from the American Association of University Professors report itself, that graphically illustrates the issue. Unfortunately, his article makes the very mistake I warned against in suggesting that the coaches receiving outrageous raises might be “stars” and should be compared only against “exceptional” academics.[2] First, the data is unlikely to make the comparison he claims. Not all, as any NCAA fan will surely attest, head coaches are “stars.” It’s much more likely to compare aggregates for all men’s football head coaches against all men’s basketball head coaches against all men’s golf head coaches, etc., against all professors than it is to pick out “stars.” Second, it doesn’t matter: The primary mission is education, not academics. It’s the coaches and the athletic programs that should be living—well, maybe not on scraps, but you get the idea, regardless of “star” quality, not the professors.

END_OF_DOCUMENT_TOKEN_TO_BE_REPLACED

Terry W. Hartle, senior vice president of the American Council on Education, which represents the leaders of colleges and universities, said that the numbers in the report, viewed in context, may not be alarming.

“This comes from the American Association of University Professors, which has a vested interest in finding that too little money is going to faculty and too much to sports and administration,” Mr. Hartle said. “If you just look at the percentage increases, without the base they’re working from, it’s hard to tell what it means.”[1]

END_OF_DOCUMENT_TOKEN_TO_BE_REPLACED

In the news this morning, it seems that

Speaking on “Fox News Sunday” about a Senate Intelligence Committee report which criticizes the CIA [torture] program as excessive and ineffective at fighting terrorism, [former CIA Director Michael] Hayden said [Senator Dianne] Feinstein “wanted a report so scathing that it would ensure that an un-American brutal program of detention interrogation would never again be considered or permitted.”

“That motivation for the report may show deep emotional feeling on the part of the senator, but I don’t think it leads you to an objective report,” Hayden said.[1]

END_OF_DOCUMENT_TOKEN_TO_BE_REPLACED

In a column for the National Review, Victor Davis Hanson lambasts “Golden State Hypocrisy.” He opens with several paragraphs devoted to scandals that,[1] by the way, have cost Democrats their supermajority in the California state legislature[2]: END_OF_DOCUMENT_TOKEN_TO_BE_REPLACED