So here I am, a vegan on Twitter. Naturally, I follow other vegans. I generally avoid engaging with assholes, but I do see my fellow vegans fending off stupidity. There are some points I’d like to memorialize. The first is from George Monbiot:

One of the commonest charges against a #vegan diet is that it can’t be natural or healthy, because it requires “supplements” of vitamin B12. Here’s why this argument is nonsense.
Thread/

1. Some of these so-called supplements are normal food items, as natural or unnatural as anything else we eat, such as yeast extract or yeast flakes. They are supplements in the sense that tomato ketchup is a supplement to your fish and chips.

2. Another source is fortified foods, such as fortified oat milk. Aha! Fortified! Gotcha! But how does fortified oat milk differ from the fortified breakfast cereals half the population eats? Why is extra B12 an issue, while extra niacin, riboflavin, folic acid, iron etc are not?

3. Hang on a minute. I’ve just taken a look at the Co-op cornflakes in our kitchen, that are sold for general consumption. Cornflakes must be unnatural and unhealthy. But only when eaten as part of a vegan diet. pic.twitter.com/954jLK1FMN 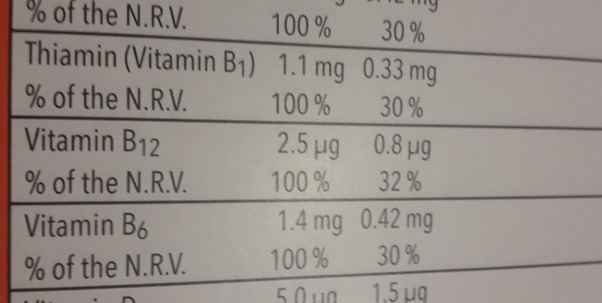 4. While we’re on the subject, that B12 you get from beef, milk and lamb … pic.twitter.com/MuUbM6hfeH 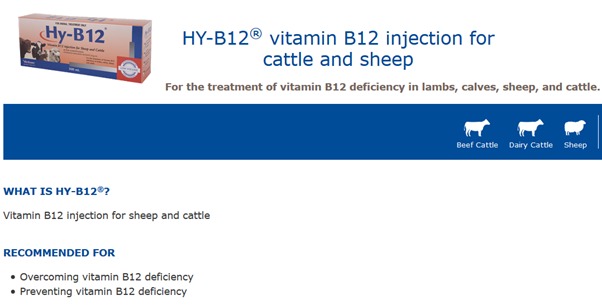 5. As Raymond Williams pointed out, “nature” is the most complex word in the English language. You could argue that everything humans do is unnatural, or that everything we do is natural. In other words, this word resolves precisely nothing.

6. Nothing, or everything, is natural about the human diet. Those of us who have a choice of what we eat exercise that choice more or less consciously and carefully. A careful vegan diet is just as healthy as a careful non-vegan diet. A careless diet of any kind will harm you.

7. Touching as it is to see so many omnivores concerned about the health of vegans, and grateful as we all are for their evident concern, in view of the current dietary health of the average omnivore, wouldn’t they be better off attending to their own well-being?#Veganuary

It's wonderful to know that so many people are passionately concerned about vegans' health. Clearly we must take this at face value. It would be terrible to imagine that they were pretending to care, to score some kind of point.

Another point is that veganism is alleged to somehow to be racist, to be something well-off whites are fobbing off on people of color. For example,

lot of white vegans On Here talking abt how the chinese are evil for how they eat animals. y’all invented the atlantic slave trade

So how then is it that Blacks are better represented among vegans than Amerikkkans overall?

A 2016 Pew Research Center survey found 3 percent of American adults overall identified as vegan and only 1 percent of Hispanic Americans. That number jumps to a startling 8 percent among African American adults.[1]

Addressing the fallacy directly, how does one injustice, no matter how horrific, justify another, even more horrific in scale, that is, the slaughter and exploitation of nonhuman animals by Chinese or anyone else?

In general, a rationale for persisting in an omnivore diet is cultural. Really, this applies whether you’re white, indigenous, Chinese, Black or anything else. If you’re Amerikkkan, Thanksgiving and Christmas dinners traditionally surround dead birds and pigs. If you’re Black,

“We have higher rates of obesity, cancer, diabetes and asthma. It’s partly our DNA; we’re not well-suited to a standard American diet,” she said. “Many of us came from West Africa where they mostly had goat’s milk. And here it’s cow’s milk. The majority of health guidance is based on European bodies.”

She says that some of the health disparities have been the byproduct of oppression, poverty, food deserts and lack of education but that African American culture can also contribute to the problem: “We use food as a cultural thing, showing someone you love them by giving them high-sugar, high-fat food.”[2]

If you’re indigenous, hunting or fishing may be a rite of passage that connects you to your ancestors and environment:[3]

When killing a buffalo, an elk, or a deer, the Indian apologizes to the animal for having to do so, and thanks the animal for its sacrifice. The Indian understands that our lives are intertwined, neither superior to the other. Our coexistence is a balance that must be maintained. Prayer is involved in every aspect of the kill. And to show our thanks for the life-giving sacrifice, the Indian uses all parts of the animal. Nothing is wasted.[4]

But something I saw somewhere[5] pointed out that culture is not something locked away in a museum case, but rather that each generation reinterprets it according to its own circumstances. Culture lives, thrives, and develops just as its people do. It’s harder to argue nowadays, with modern food distribution networks, that any animal’s “sacrifice” is necessary, even in Arctic regions where agriculture is difficult. And we should emphasize that this “life-giving sacrifice” is far from voluntary: A non-human animal’s life is not a “gift,” but rather something that is stolen in a murderous act.

Finally, there is the matter of class:

Although market research firm NPD Group found almost 90 percent of the people eating non-meat burgers are not vegetarian or vegan, a 2018 Gallup poll found that Americans who earn less than $30,000 are almost twice as likely to be vegan or vegetarian as those who earn more than $75,000.[6]

The sheer volume of these specious arguments points not at vegans but rather at omnivores, with the latter being desperate to rationalize their cruelty.