Having moved to Pittsburgh, I find myself in a society that does not merely tolerate, but enables white supremacism. And this is not merely white supremacism of a rhetorical sort.
[googlemaps https://www.google.com/maps/d/embed?mid=1K1CjgWPOH71L1UsUSHs00ubbu-jYnWux&w=640&h=480]
Fig. 1. Locations of gratuitous weapon displays. At this writing, it does not yet include an artillery round on display outside the Carrick High School (Update, December 31, 2019: This has now been added). Map of photographs taken by the author.

It takes visible form in the tanks, the artillery, and even the ammunition metaphorically aimed at Blacks through its concentration around a particular part of Mon Valley (figure 1), coded as white through an overwhelming preponderance in banners commemorating war dead (figure 2), and in the ludicrous civilian displays (figures 3 and 4) of camouflage paint schemes well away from any known combat zone.[1]

Fig. 2. Photograph of an example banner commemorating a white who presumably died in combat. This was taken in Clairton, which has a visibly high proportion of Blacks in its population, on September 21, 2019 by the author. 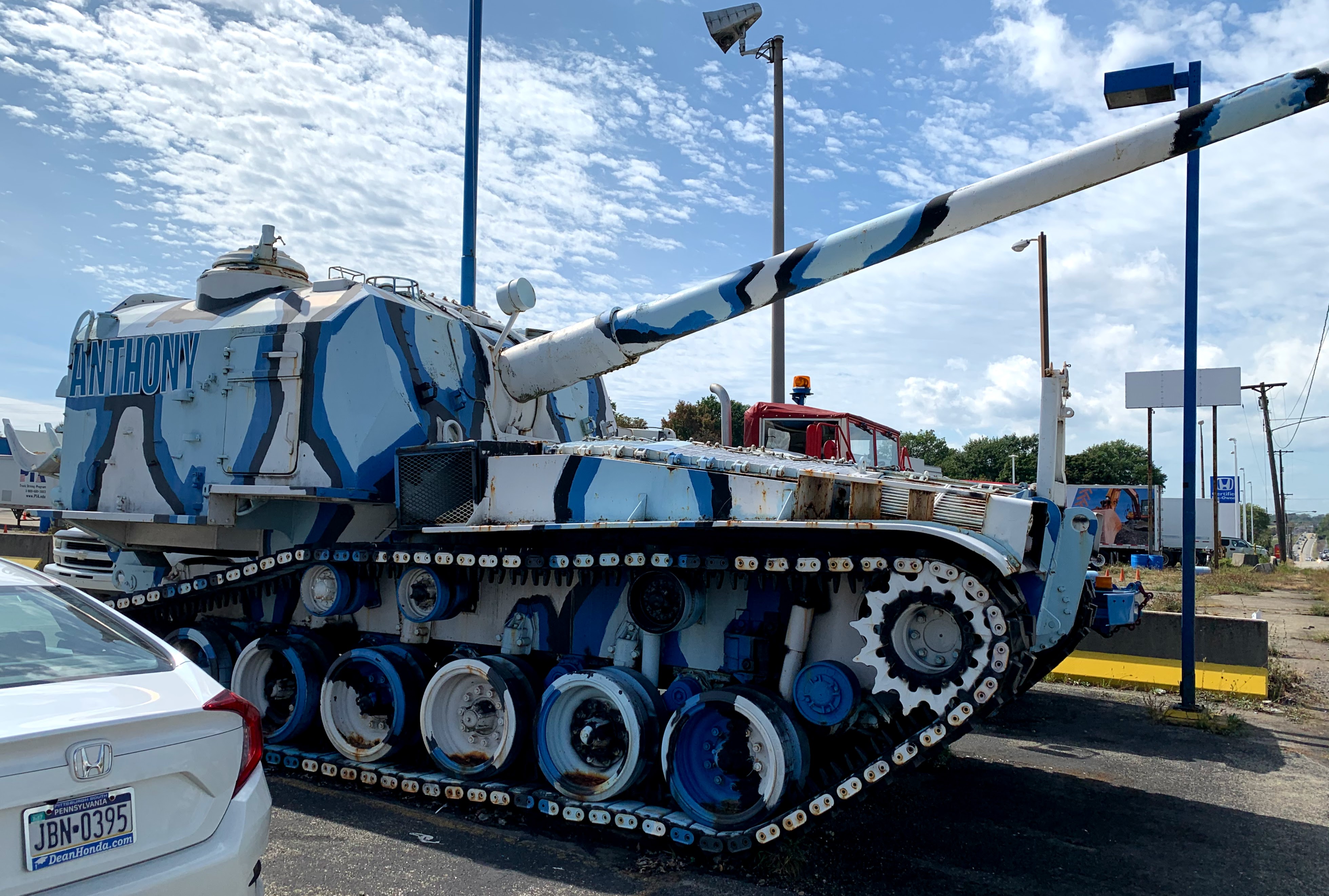 Fig. 3. Photograph of a tank parked outside Anthony Arms in West Mifflin. Photograph by author, September 26, 2019. 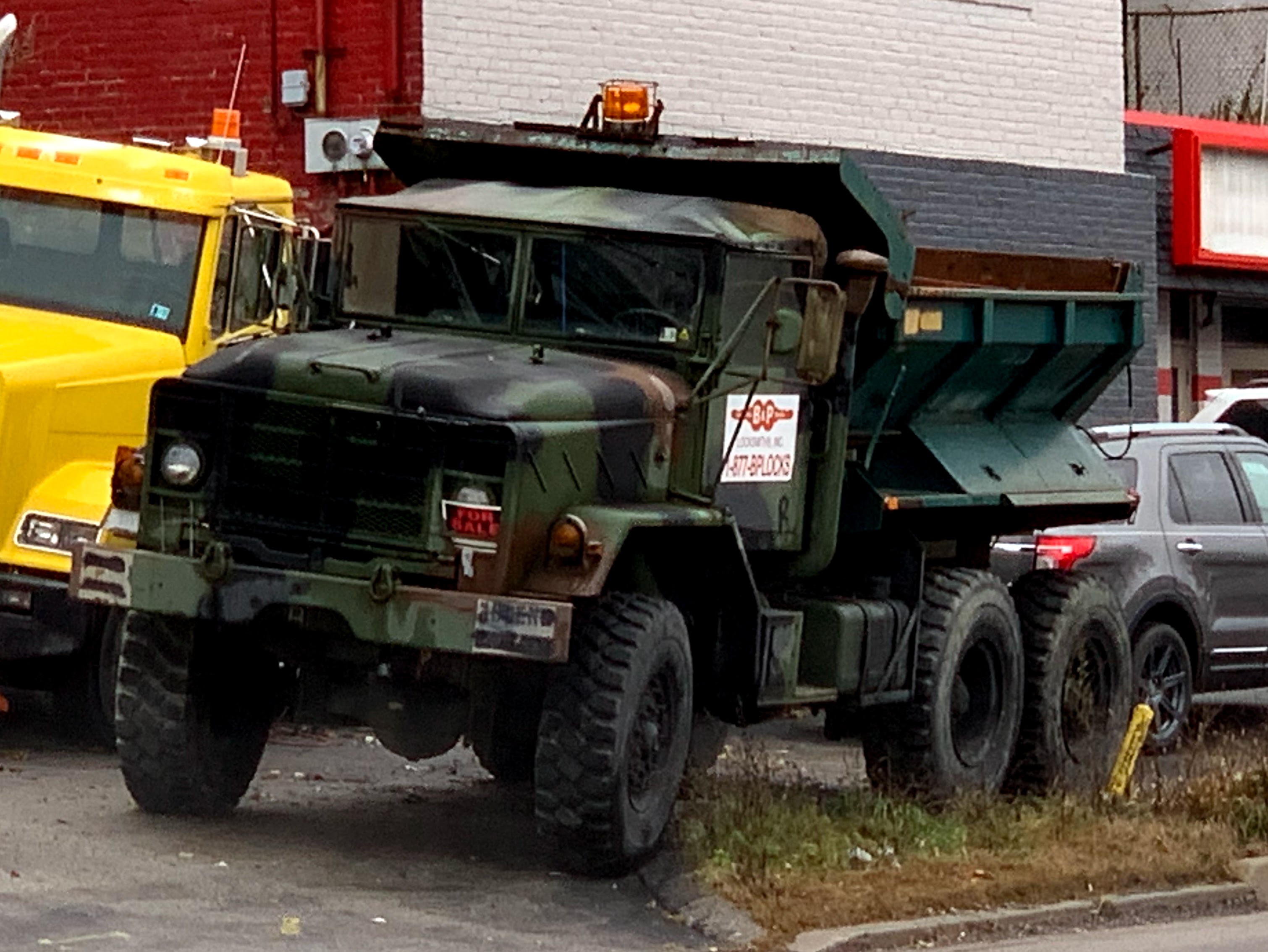 Fig. 4. Photograph of a dump truck owned by a locksmith painted in a camouflage scheme. Photograph by author, November 22, 2019, in Pleasant Hills.

It is enacted through—I witnessed this personally—a cop’s unprovoked behavior in allowing his dog to bark ferociously at a Black man in a parking lot,[2] the denial of a fairly obvious discrepancy in traffic enforcement in which whites enjoy impunity but Blacks face chronic persecution,[3] and through the likely presence of militia.[4] And it all occurs in an area that has documented problems with not merely racism, but white supremacism,[5] and in a state where efforts to control guns, even in the wake of the Tree of Life Synagogue massacre, meet with judicial hostility[6] and that contemplates the deregulation of carrying concealed weapons.[7]

To say I am stunned and horrified barely begins to cover it. I empathize with those on the wrong side of white supremacist bullying and intimidation because I experienced bullying and intimidation as a youth, both from my physically abusive father and from schoolmates, and because this trauma is reinforced by my adult experience of poverty and the job market.[8] My experience, of course, barely touches that of Blacks who face this atrocity from every direction. But I, too, feel surrounded.

Update, December 31, 2019: A photograph of the artillery round I mention in the caption to the map in figure 1 has now been added.

Update, November 13, 2020: The Federal Bureau of Investigation says Pittsburgh is a “hub” for white supremacism, including, possibly, violent white supremacism. The FBI is limited in its investigations because much of the activity is talk—speech, protected by the First Amendment—and not actually criminal.[9]

One thought on “How am I to respond?”