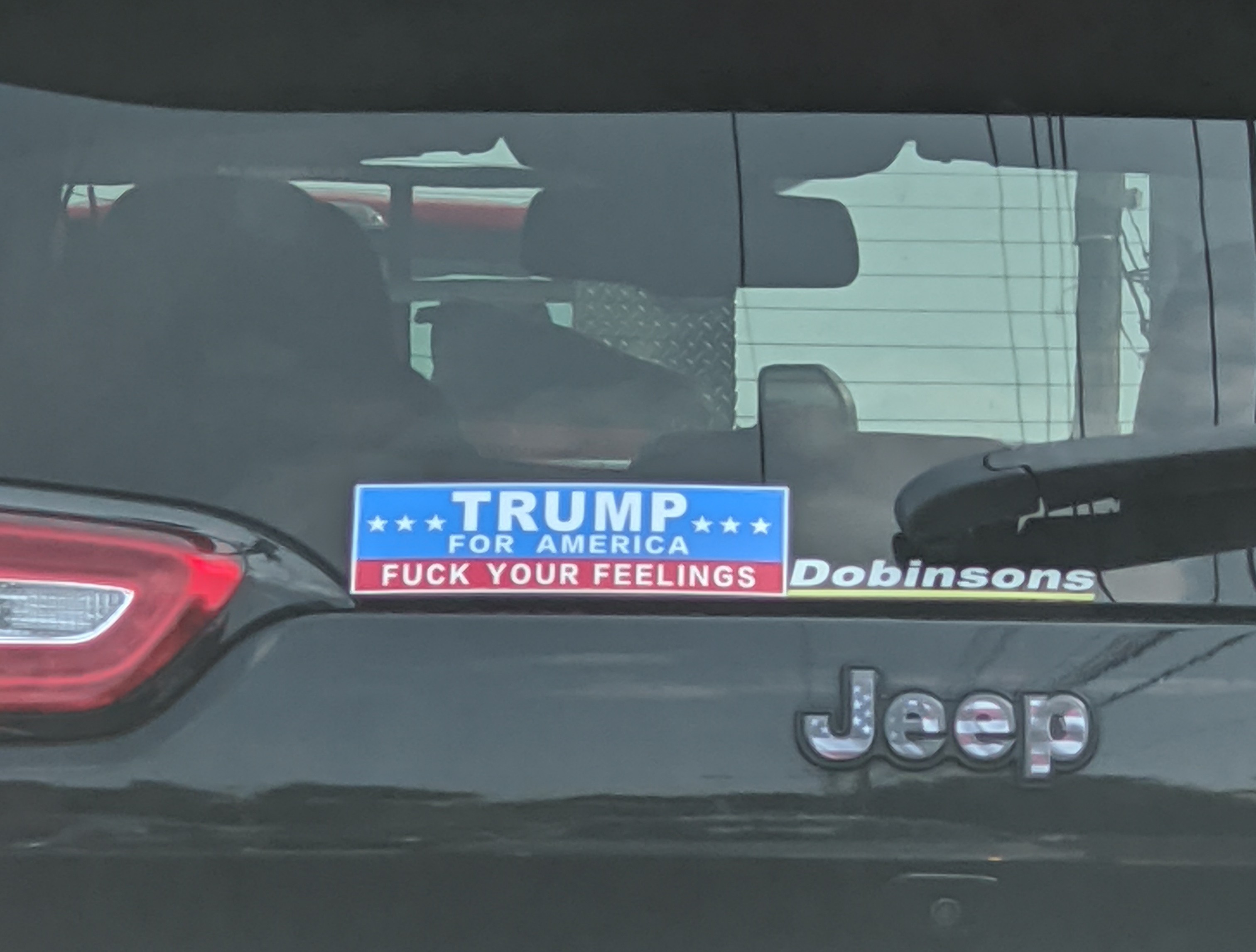 One of the things we learn with systems theory is to embrace paradox, to understand it as the rule rather than the exception. And so it is with white Christian nationalists:

I feel like to many people don't recognise fascism because they think fascism will arrive selling oppression and tyranny, but if you're part of the privileged group fascism is selling you safety, normalcy, and tradition

Because it’s all about protecting children and traditional values. 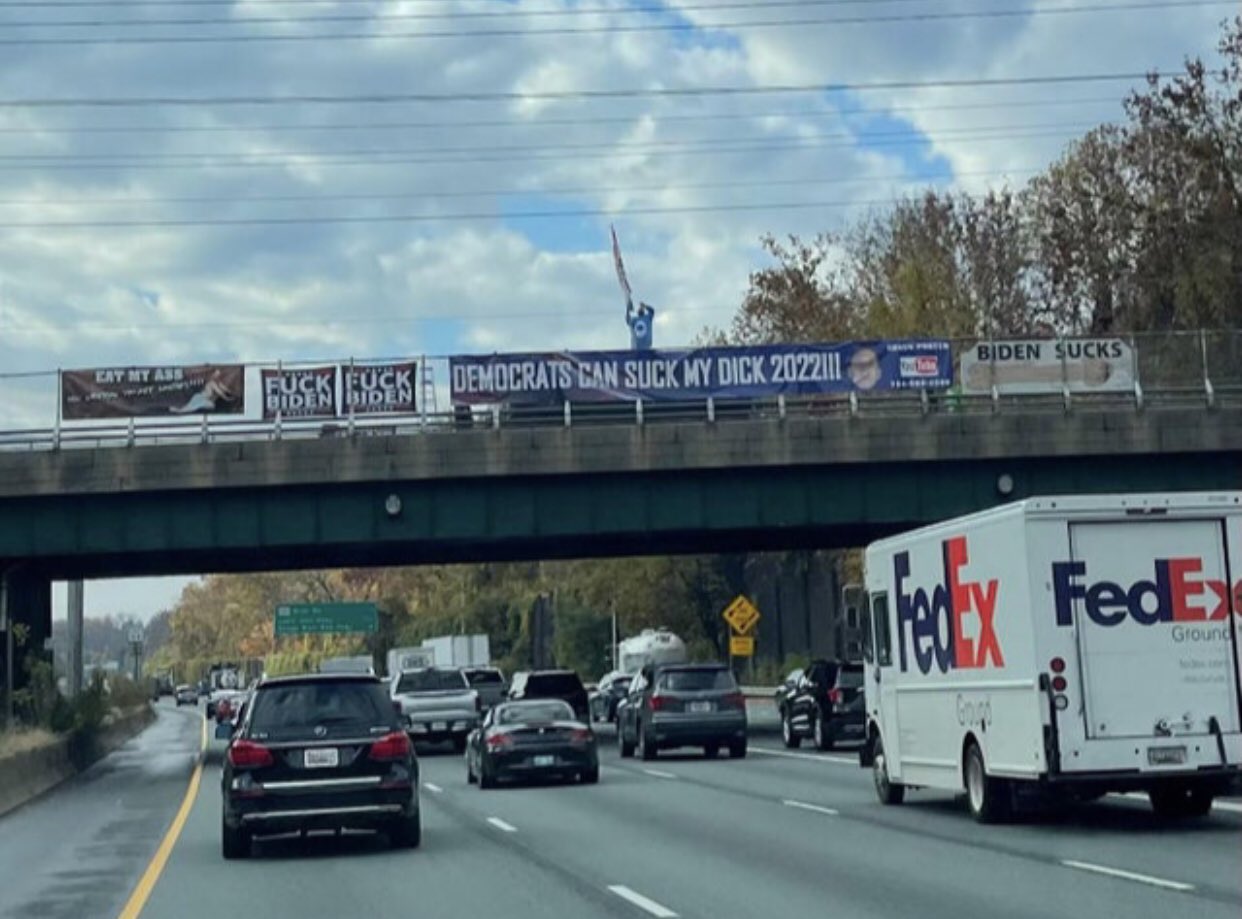 
Both of these tweets are true. The photograph in the second tweet, by Charlie Sykes, shows banners conveying a similar sentiment,[1] and one I see all around Pittsburgh even as the banners and flags supporting Donald Trump have mostly come down,[2] to the attitude I saw with “Fuck Your Feelings” during the 2020 campaign (figure 1).[3]

More recently, around Verona, a Pittsburgh suburb along the east shore of the Allegheny River, I’ve been signs labeling the moderate Josh Shapiro, who is running for governor of Pennsylvania, as “Kim Jong Shapiro,” a reference to the North Korean dictator. The outgoing governor, Tom Wolf, endured being labeled a “dictator” during the lockdown. There is a blind fury among white Christian nationalists that accompanies a self perception of promoting “safety, normalcy, and tradition”[4] even as they staged and then downplayed a coup attempt to keep Donald Trump in the presidency.

On the one hand, incoherence in political ideologies is to be expected. On the other hand, we have the violence that I have been worrying about all along,[5] most recently manifest in a hammer attack on Nancy Pelosi’s husband—his assailant was seeking her—at their Pacific Heights home in San Francisco.[6] White Christian nationalists indulge in conspiracy theories, some entirely vile and despicable, at least one retweeted by Twitter’s new owner,[7] rather than face their complicity.

Whatever the outcome of Tuesday’s [November 8] election—I remain very cautiously optimistic about Pennsylvania results, mostly because I’m seeing yard signs supporting John Fetterman and Shapiro even in places I wouldn’t expect to see them—there is a wildcard of white Christian nationalist violence. We saw it organized with the coup attempt. We see it random with the Pelosi assault. But we see all of it deranged, unacceptable, and intolerable, indicating a dire need for involuntary psychiatric intervention.[8]

Update, November 9, 2022: It seems there is, after all, an upper limit to the crazy in Pennsylvania. Both Josh Shapiro and John Fetterman have prevailed, against Doug Mastriano and Mehmet Oz, respectively.[9]