See updates and a partial retraction through January 22, 2022, at end of post.

But a paradox of Barack Obama’s presidency is that even as some white people were screaming that he should go back to Kenya, they were denying that racism and bigotry were a problem. And a lot of the rationalization for ‘Blue Lives Matter’ is rooted in a white denial of ongoing racism, whether among police or in wider society.

I have said a few times now that I will not utter the ‘n-word,’ because as an older white man, for me to utter that word inevitably carries a meaning we all recognize, that horrible racist and bigoted animosity toward Black people as a race that I would never want to express.

But it is possible to be racist and bigoted without saying the ‘n-word.’ Indeed, systemic racism is all about a racism that can exist even when those who enforce that racism do not intend to be racist. It is about a structure that is racist in effect, even where intention is absent, because we have failed to take into account varying circumstances, varying contexts.

So what am I to make of young Black people using the ‘n-word,’ as they so often do in my back seat?

The ‘n-word’ is at least a disturbing word. I have certainly talked with Black people who take offense at the word regardless of who says it.

I have to suspect that on some level, that disturbance is part of the point. It’s a way of stripping away a veneer, a pretense that racism and bigotry do not exist, and asserting that even when we do not explicitly utter the ‘n-word,’ young Black people still experience that racism and bigotry. That experience is something they share in common and when they refer to each other using that word, they are affirming that experience.

White people like myself can acknowledge Black experience of racism and bigotry. As a symbol, ‘n-word’ itself exists to refer to the actual word, the word I refuse to utter. It’s an intentional abstraction that enables us to discuss the word, to discuss its meaning, to discuss the reality of bigotry and racism without expressing that animosity ourselves.

But we should never forget, certainly never deny, that that racism, that bigotry, that animosity exist.

When white people rationalize their own use of the word by pointing to young Black people’s use of it, they think—or at least say—they are being friendly, of identifying with their Black counterparts. But in truth, to do so diminishes that line of race, that line of racism, of bigotry, of animosity. It is to deny the difference of experience. It is, in effect, racist by its very denial of that difference.

For me, I have felt that I must leave it to Black people themselves to settle among themselves their own dispute over their own use of the word amongst themselves. But white people exercise extraordinarily poor judgment when we use it. And I don’t want to hear the n-word in my presence. 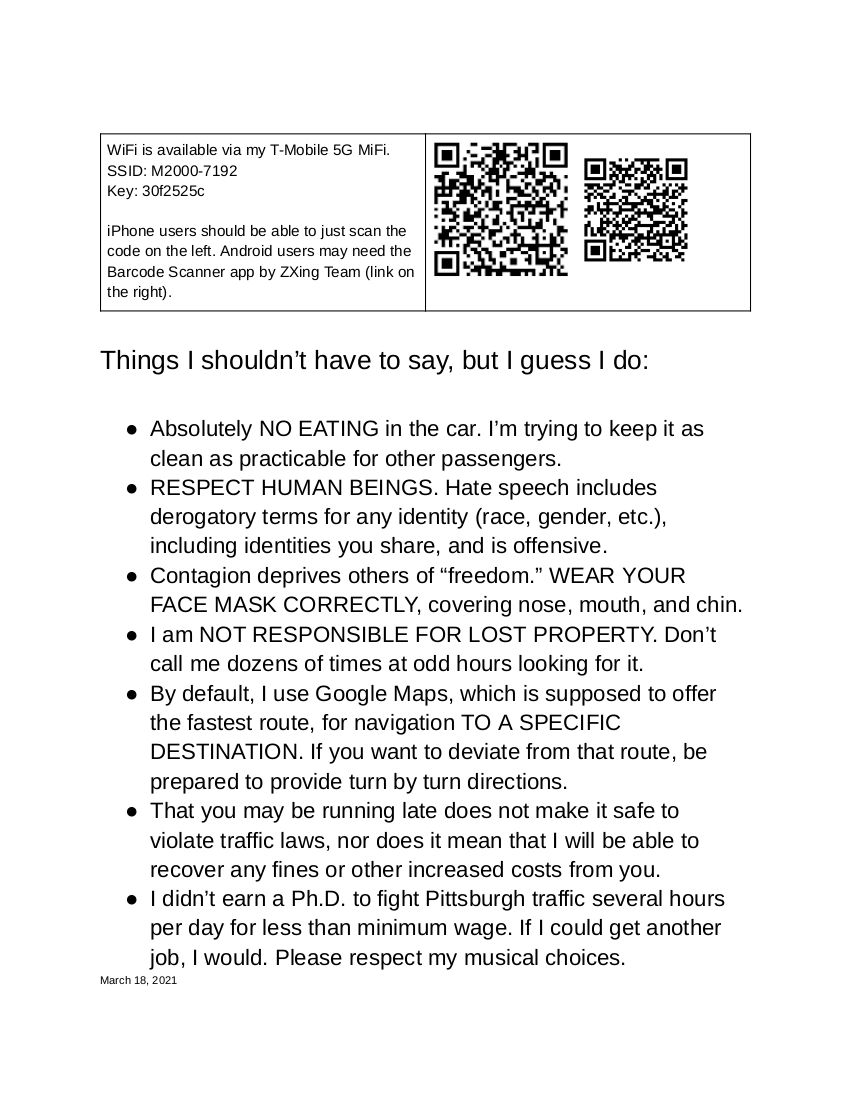 I’m no longer seeing it as acknowledging a veneer (see original post above). When people are dropping the n-word seemingly in every sentence, it has gone far beyond an acknowledgment. Something else is going on here.

And I’m sorry, but degrading women is not cool. Degrading each other is not cool. And if you think I’m being racist for saying this, remember who’s dropping the n-word, practically every other fucking word.

Update, June 4, 2021: I have tied up some loose ends in my thinking on racism in a blog post entitled, “Stephen Zappala’s resignation would be nowhere near enough.”

Update, June 11, 2021: My line on the ‘n-word’ and other slurs continues to harden. Because the “reclaiming” argument is bullshit. See a new blog entry entitled, “On ‘reclaiming’ slurs.”

Update, January 22, 2022: The wording of this post has been updated to reflect current sensibilities, to line out the portions I no longer support, and to indicate my present thinking. The curious thing about the sign (earlier version in figure 1, current version in figure 2) I’ve posted for my Uber passengers is that it does not explicitly state what slurs I’m referring to. Nonetheless, the use of the n-word and the b-word (rhyming with ‘witch’) in my car has dropped dramatically to a point where I now rarely hear these words used and often, when I do hear these words it is on a phone conversation that my passenger is having with someone remotely who is using those words themselves. 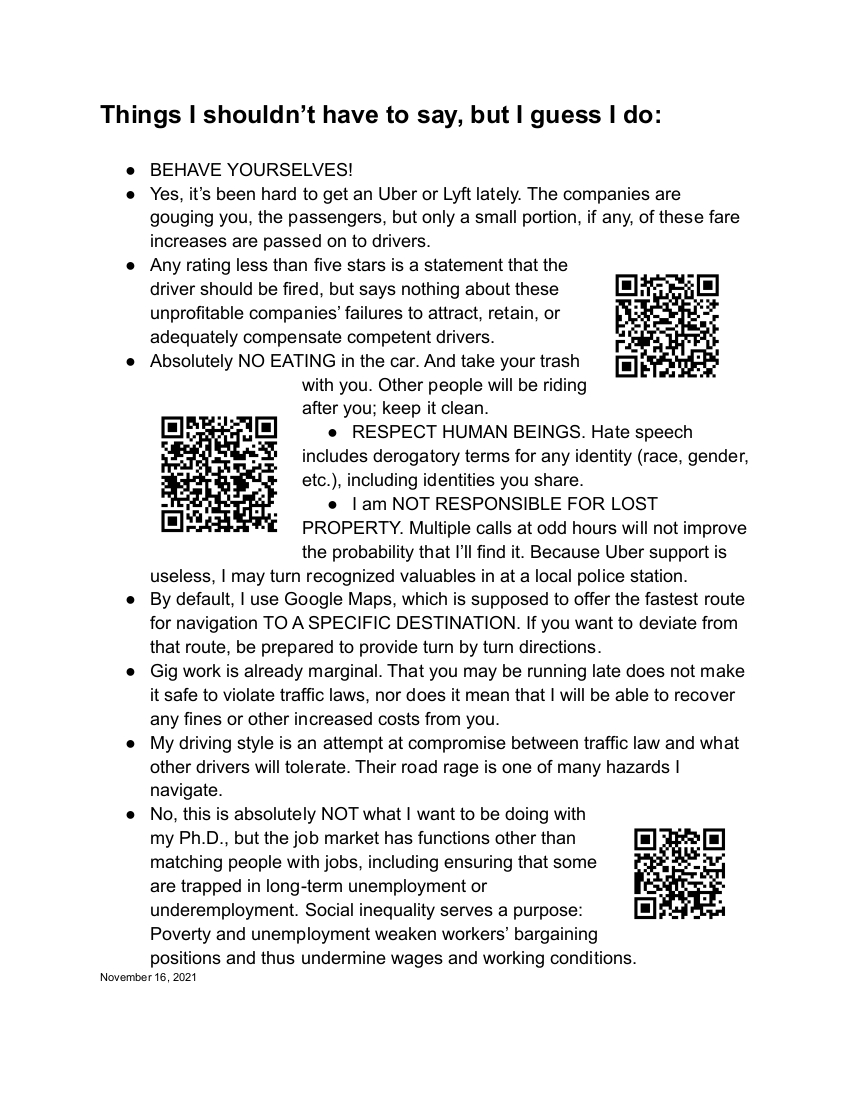 It is apparent that people know what I’m referring to even without my being explicit about it. Which says at the very least that they understand on some level what I mean. Which is its own form of acknowledgment.